What women need to know about Caeserean operation 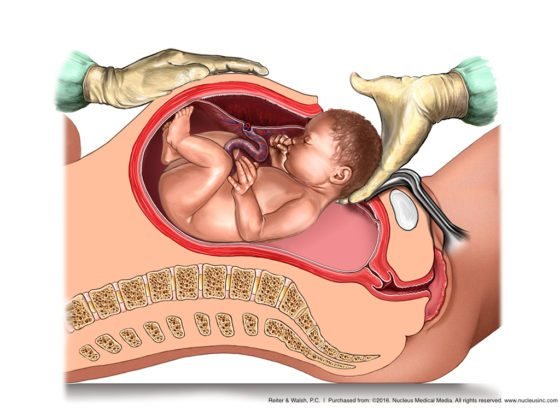 I came about a group of expectant mothers and the discussion I had with them made me realise the kind of shame women who gave birth through cesarean section go through from their family members, husbands and even fellow expectant mothers who I suppose should still have little knowledge about why some mothers might have to go through it. During the conversation I learnt the “Hebrew Woman” phrase, who is regarded as a strong woman in order words women who give birth through Caesarean Section are considered weak, some even say it like it’s a sin that in their denominations they don’t believe in it as it wasn’t practiced during the olden days but what they fail to realise is the during this period that always make reference to the rate of maternal and foetal mortality was alarming compared to now, our doctors now have been blessed with adequate knowledge and the came up with Caesarean Section as a way out.

Let’s educate ourselves a little about Caesarean Section:
Caesarean Section “CS” for short is simply the use of surgery to deliver babies. CS is often necessary when a vaginally delivery would put the baby or mother at risk. Sometimes the need for a first time CS doesn’t become obvious until labour is underway.
Reasons CS may be recommended

1. Prolonged Labour: This occurs when the cervix isn’t opening enough despite strong contraction for several hours.

2. Foetal Distress: If the doctors are concerned about changes in the baby”s heartbeat, CS might be the best option so as to save the baby”s life.

3. Placenta Previa: This occurs when the placenta is covering the cervix, which will make it come out before the baby, the situation should be the other way around I.e the baby coming before the placenta

4. Carrying Multiple: CS might be needed if a woman is carrying twins and the baby leading is in an abnormal position or if the mother is having triplets or more.

5. Abnormal Positioning: CS might be the safest way to deliver the baby if his or her buttocks or feet enter the birth canal first( breech) or the baby is positioned side should first(transverse).

6. Prolapsed Umbilical Cord: if the umbilical cord slips through the cervix ahead of the baby which is very dangerous, CS might be required .

7. Gestational Diabetes: This is a kind of Pregnancy complication characterised by increase’s the blood sugar level of the mother during pregnancy. If an expectant mother is diagnosed with this, CS is required as

8. Pre-eclampsia: It is also a pregnancy complication characterised by high blood pressure and signs of damage to some organs most often liver and kidney

9.Ceplalopelvic Disproportion(CPD): when an expectant mother’s pelvis is too small to deliver the baby vaginally or if the baby’s head is too large for the birth canal. In either case the baby cannot pass through the vaginally safely.
With these I hope I have been able to change some people’s perception of CS and women that deliver through CS. If their is an alternative for the mother and child to be soun,safe and healthy after delivery please let’s always use the opportunity given to us. Giving birth through CS doesn’t mean the woman is weak or lazy, it doesn’t mean she is not a real mother, it doesn’t mean she didn’t pass through pain to give birth because her own pain comes after giving birth and belief me it’s excruciating waiting before you can eat certain food , have a proper birth and not being able to lfit heavy objects especially if you have no help is not fun. CS doesn’t mean she wants to waste her husband’s money and any other negative opinion you have about it. Most women wish they could give birth vaginally but not all will.
Please stop the discrimination against women that gave birth through CS, it is not a life sentence.