Scorpions are predatory arachnids of the orderScorpiones. They have eight legs and are easily recognized by the pair of grasping pedipalps and the narrow, segmented tail, often carried in a characteristic forward curve over the back, ending with a venomous stinger. Scorpions range in size from 9 mm / 0.3 in to 23 cm / 9 in.

The evolutionary history of scorpions goes back to the Silurian period 430 million years ago. They have adapted to a wide range of environmental conditions, and they can now be found on all continents except Antarctica. Scorpions number about 1,750 described species, with 13 extant (living) families recognised to date.

The taxonomy has undergone changes and is likely to change further, as genetic studies are bringing forth new information.
All scorpions have a venomous sting, but the vast majority of the species do not represent a serious threat to humans, and in most cases, healthy adults do not need any medical treatment after being stung.Only about 25 species are known to have venom capable of killing a human. In some parts of the world with highly venomous species, human fatalities regularly occur, primarily in areas with limited access to medical treatment 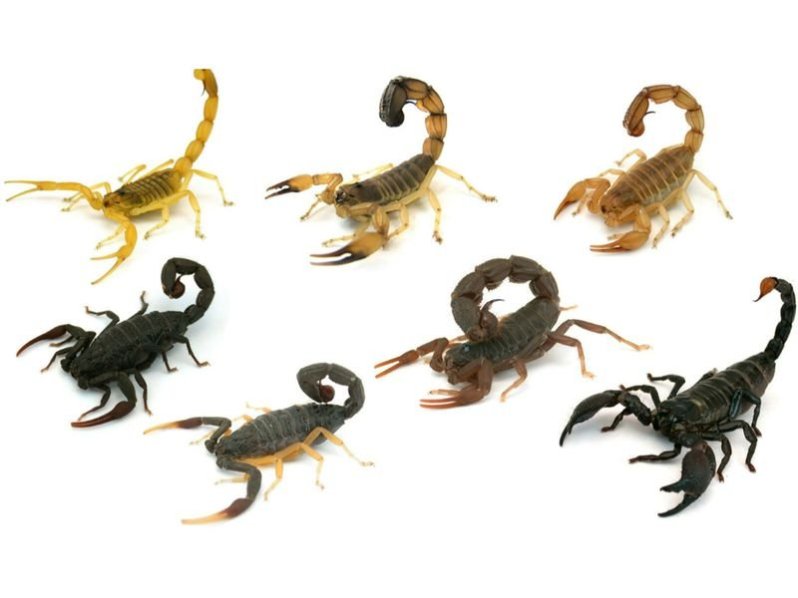