See The Solar Car That Can Go 12,400 Miles A Year Using Energy From The Sun

Lightyear solar car
Dutch car maker Lightyear has unveiled the first ‘long-range’ solar car that’s claimed to provide customers with around 12,400 miles of motoring a year using free energy captured from the sun, according to Dailymail.
The Lightyear One was unveiled on Tuesday priced at €149,000 – around £134,000.

The car, which has five square metres of solar panels on the roof and bonnet, is claimed to have a range of 725 kilometres (450 miles) from a full charge of the relatively small battery powering the vehicle.

With Department for Transport calculating that the average motorist covers 7,134 miles annually, it means Britons could drive all-year-round for free – granted the sun comes out for long enough to charge the One’s battery.

At the launch event in Katwijk, Holland, bosses revealed key pieces of information about the solar car that’s due to be delivered to owners in 2021.
They said it can be charged directly from the sun, which can generate a maximum of 20,000km worth of free energy per year.
But it can also be charged from existing electric vehicle plug-in points while it’s also boosting the batteries using its solar panels, effectively charging much faster than traditional EVs already on the market.

An overnight charge from a 230-volt socket will provide customers with 400km of range, around 250 miles.
Lex Hoefsloot, ceo and co-founder of Lightyear said the car ‘represents a new era of driving’.

‘Two years of dreaming, thinking and working hard have led to this milestone, which is a giant leap towards achieving our mission of making clean mobility available to everyone.’

Development of the long-range solar One has received several awards, grants and support from key investors. 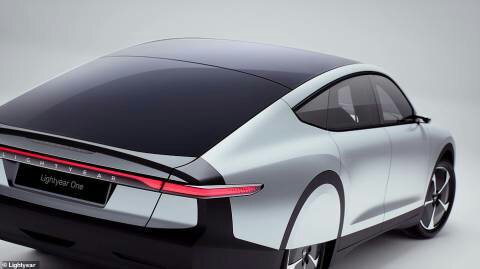 Just 500 first-run ‘pioneer’ models will be made, though 100 of them have already been claimed by customers.

‘We have already sold over a hundred vehicles. With Lightyear One, we want to show that our technology enabled us to build one of the most sustainable cars on the market that also offers great convenience.'” – See The Solar Car That Can Go 12,400 Miles A Year Using Energy From The Sun 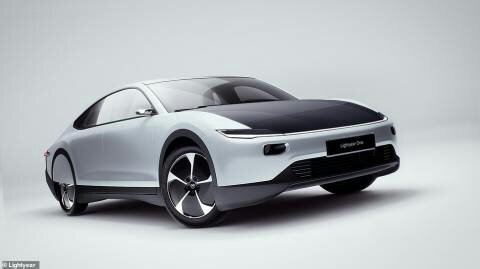