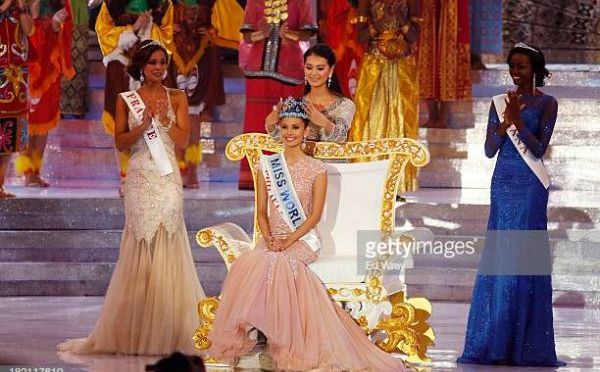 For a little girl watching Jamaicas Toni-Ann Singh being crowned by her predecessor in a surreal, tear- jerking moment, with sheer joy and glamour seeping through even the TV screen, being Miss World means being a celebrated and adored princess.

But amidst the statuesque ladies, shiny crown and beautiful, glistening evening gowns lies a wealth of history and an important platform for the discussion of societal change.

Both Miss World and Miss Universe are among the big four international beauty pageants. They are widely covered and broadcast by media, and are considered prestigious. Miss Earth and Miss International complete the foursome.

Miss World began as a bikini contest during the Festival of Britain celebrations in 1951, and was initially known as the Festival Bikini Contest. The show aimed to get people warmed up to the idea of bikinis, which were widely regarded as controversial and indecent at the time.

The first ever Miss World, Kerstin Hakkanson from Sweden, was crowned in a bikini. This sparked a worldwide debate, with religious countries threatening not to send delegates to future events. Further still, the bikini was condemned by the Pope.

Bowing to the pressure, the pageant replaced bikinis with more modest swimwear, coupled with a sarong for crowning. In the late 70s, this was replaced with the much more socially acceptable evening gown.

In the 80s, the show shifted and aligned itself with the slogan beauty with a purpose which changed the focus of the show from physical attributes and incorporated traits such as personality and intellect.

In 2014, Miss World banned the swimsuit category in a bid to present the ladies in a more modest light.

“The organization has decided to take itself out of the swimsuit world because it isnt the path theyre trying to take,” Chris Wilmer, the national director of Miss World America/Miss United States organization, said at the time, “Its not just a beauty contest, its beauty with a purpose. There didnt seem to be a purpose to have the swimsuit.”

A total of 115 women compete for the Miss World crown.

The Miss World winner gets perks, of course, but the exact awards have not been exposed to the public. They include prize money, the coveted Miss World title, and an engaging job with the Miss World Organisation as an ambassador.

“Miss World should be a spokesperson who can help a community,” Chris Wilmer said, “She’s more of an ambassador, not a beauty queen. Its more about the outreach and what a woman could do with a title like Miss World.”

Miss Universe was founded in 1952. The first pageant of its kind was held in the same year on Long Beach, California, and was won by Armi Kuusela from Finland.

Donald Trump bought the pageant in 1996, and the headquarters moved from Los Angeles to New York City. Trump sold the Miss Universe Organisation to a talent agency and entertainment company in September 2015.

The selection process for Miss Universe begins with countries having an individual selection exercise. This kicks off through local subdivision pageants. The winners then move to compete in a national pageant. Not all countries opt for this internal selection.

According to stakeholders, the pageant does not just seek beauty in the contestants, but rather focuses on attributes like good manners, culture and intelligence.

The winner is awarded a lucrative one-year contract with the Miss Universe Organization, a cash allowance during the period of her reign, New York Film Academy Scholarship, a high-end apartment in New York, a modelling portfolio and many more goodies to boot.

The title comes with vast responsibilities. After crowning, the winner is expected to make appearances at media outlets, charity organisations and sponsor events. She spends her reign representing the various causes of the Miss Universe Organisation and raising awareness and funds for charitable associations.

All these are duties that require dedication and hard work, a far cry from what anyone would expect a princess life to be like, glamorous and luxurious while the servants tend to her. Instead, it is a role which comes with much responsibility and even more expectation. After all, even a real monarch isn’t all beauty and gowns, he/she a worker, charity front runner and is dedicated to serving the society.