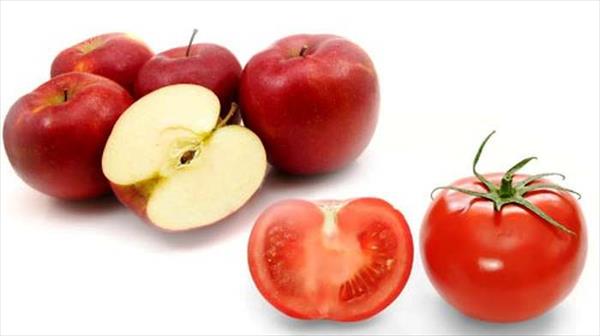 Top 10 poisonous foods we love to eat and his already favourite to some, these foods have shocking contents can that harm your health and excess might kill you.

Here are the 19 poisonous foods we love eating:

We have all heard of toadstools and know that they are poisonous, but what many people don’t know is that a toadstool is actually a mushroom, not a separate type of plant. Toadstool is slang for “poisonous mushroom”. While there are some useful signs that a mushroom is poisonous, they are not consistent and all mushrooms of unknown origin should be considered dangerous to eat.

Some of the things you can look for to try to determine whether a mushroom is poisonous are: it should have a flat cap with no bumps, it should have pink or black gills (poisonous mushrooms often have white gills), and the gills should stay attached to the cap (not the stalk) if you pull it off. But remember, while this is generally true of many types of mushroom, it is not always true.
Not all mushrooms are dangerous; some are actually delicious.

Almonds are one of the most useful and wonderful of seeds (it is not a nut as many people would have you believe). It has a unique taste and its excellent suitability for use in cooking have made it one of the most popular ingredients in kitchens for centuries. The most flavorsome almonds are bitter almonds (as opposed to “sweet” almonds). They have the strongest scent and are the most popular in many countries. But there is one problem: they are full of cyanide. Before consumption, bitter almonds must be processed to remove the poison. Despite this requirement, some countries make the sale of bitter almonds illegal (New Zealand regretfully is one of them). As an alternative, you can use the pip from an apricot stone which has a similar flavor and poison content. Heating destroys the poison. In the USA to sell raw almonds, all almonds sold are now heat-treated to remove traces of poison and bacteria.

Cherries are a very popular fruit used in cooking, liqueur production, or eaten raw. They are from the same family as plums, apricots, and peaches. All of the previously mentioned fruits contain highly poisonous compounds in their leaves and seeds. Almonds are also a member of this family but they are the only fruit which is harvested especially for its seeds. When the seeds of cherries are crushed, chewed, or even slightly injured, they produce prussic acid (hydrogen cyanide). Next time you are eating cherries, remember not to suck on or chew the pip.

Eating the liver of a fugu (pufferfish) is so poisonous. The fugu is so poisonous and toxic that in Japan, fugu chefs are trained specially for the job and are tested before being a given certificates of practice. The training takes two or three years. In order to pass, the chef must answer a written test then give a demonstration of his cutting abilities. The final part of the test involves the chef eating the pieces of fugu that he has cut. Only 30% of apprentices pass the test which is not to say that the rest die by eating their fugu they can fail in earlier parts of the test. Only the flesh of the fugu is consumed as it is less likely to have high amounts of poison (which causes a slight tingling sensation in the mouth). Fugu is the only food officially illegal for the Emperor of Japan to eat for his safety.

Apple seeds also contain cyanide but obviously in much smaller doses. Apple seeds are very often eaten accidentally but you would need to chew and consume a fairly high number to get sick. There are not enough seeds in one apple to kill, but it is absolutely possible to eat enough to die. I recommend avoiding apple eating competitions! Incidentally, if you want to eat an apple and find a worm in it (and hopefully not half a worm), you can drop it in a bowl of salt water which will kill the worm.

Elderberry trees are very attractive and quite large. They are covered with thousands of tiny flowers which have a delicate scent. The flowers are used mainly for making elderflower liqueur and soda. Sometimes the flowers are eaten after being battered and deep fried. But beneath the pretty surface lurks danger! The roots and some other parts of the elderberry tree are highly poisonous and will cause severe stomach problems. So next time you decide to pick some elderberry flowers for eating, be sure to eat just the flowers.

Rhubarb is a very underrated plant it produces some of the nicest tasting puddings and is incredibly easy to grow at home. Rhubarb is something of a wonder plant in addition to an unknown poison in its leaves, they also contain a corrosive acid. If you mix the leaves with water and soda, it becomes even more potent. The stems are edible (and incredibly tasty) and the roots have been used for over 5,000 years as a laxitive and poop-softener.

Castor oil, the bane of many of our childhoods, is regularly added to candies, chocolate, and other foods. Furthermore, many people still consume a small amount daily or force it on their unwilling children. Fortunately the castor oil we buy is carefully prepared, because the castor bean is so deadly, that it takes just one bean to kill a human, and four to kill a horse. The poison is ricin, which is so toxic that workers who collect the seeds have strict safety guidelines to prevent accidental death. Despite this, many people working in the fields gathering the seeds suffer terrible side-effects.

In US, tomatoes are referred to as vegetables after US Supreme Court decision in 1893. In the rest of the world they are considered to be fruit (or more accurately, a berry). You may also be interested to know that technically, a tomato is an ovary. The leaves and stems of the tomato plant contain a chemical called “Glycoalkaloid” which causes extreme nervousness and stomach upsets. Despite this, they can be used in cooking to enhance flavor, but they must be removed before eating. Cooking in this way does not allow enough poison to seep out but can make a huge difference in taste. Finally, to enhance the flavor of tomatoes, sprinkle a little sugar on them. Now we just need to work out whether they are “toe-mah-toes” or “toe-may-toes”.

Potatoes (like tomatoes) contain poison in the stems and leaves and even in the potato itself if left to turn green (the green is due to a high concentration of the glycoalkaloid poison). Potato poisoning is rare, but it does happen from time to time. Death normally comes after a period of weakness and confusion, followed by a coma. The majority of cases of death by potato in the last fifty years in the USA have been the result of eating green potatoes or drinking potato leaf tea.