Have you ever wondered, who are the most powerful people in this world.

In this post we will tell you the top 10 feared people in the world. 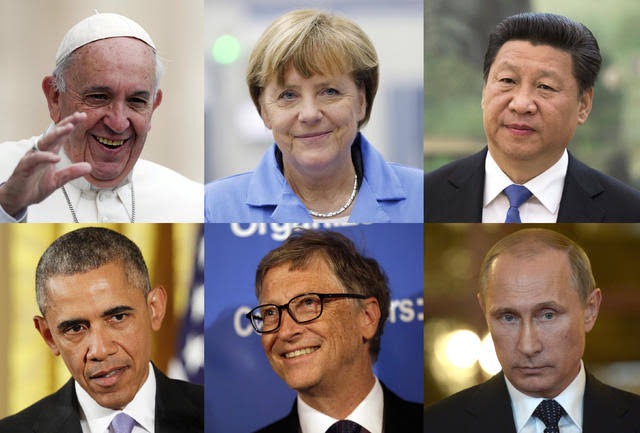 Top 10 Most Feared People in the world

Xi jinping was born on 15 of June 1953. He is a Chinese politician who has been General Secretary of the Communist Party of China (CPC) since 2012Chairman of the Central Military Commission (CMC) since 2012, and President of the People’s Republic of China (PRC) since 2013. Xi has been the paramount leader, the highest-ranking official in China,

Vladimir Putin was born on 7 of October 1952. He is a Russian politician and former intelligence officer who has served as President of Russia since 2012.

Donald John Trump was born on June 14, 1946. He is the 45th and current president of the United States. Before entering politics, he was a businessman and television personality.

He is an American industrialist, media proprietor, and investor. He is best known as the founder, CEO, and president of the online retail company Amazon.

Bill Gates was born on October 28, 1955. He is an American business man. He is a software developer, investor, and philanthropist. He is best known as the co-founder of Microsoft Corporation.

Mark Elliot Zuckerberg was born on May 14, 1984. He is an American internet entrepreneur and philanthropist. He is known for co-founding Facebook, Inc. He serves as its chairman, chief executive officer, and controlling shareholder.

Warren Edward Buffett was born on August 30, 1930. He is an American investor, business tycoon, and philanthropist. He is the chairman and CEO of Berkshire Hathaway. He is considered one of the most successful investors in the world.

Kim Jong-un was born on 8 of January 1982. He is a North Korean politician serving as Supreme Leader of North Korea .

Jim Yong Kim was born on December 8, 1959. He is also known as Kim Yong. He is a Korean-American physician and anthropologist who served as the 12th President of the World Bank from 2012 to 2019.

Find out more or adjust your settings.

This website uses cookies so that we can provide you with the best user experience possible. Cookie information is stored in your browser and performs functions such as recognising you when you return to our website and helping our team to understand which sections of the website you find most interesting and useful.

Strictly Necessary Cookie should be enabled at all times so that we can save your preferences for cookie settings.

If you disable this cookie, we will not be able to save your preferences. This means that every time you visit this website you will need to enable or disable cookies again.