He was a two-weight world champion in stellar 72-fight career that spanned 17 years.

He then became the trainer to his nephew Floyd Mayweather who famously built himself into boxing’s top attraction and its pound-for-pound best fighter during the 2010s.

Roger’s passing comes a week after the death of Josie Harris, mother to three of Floyd Mayweather’s children.

“My uncle was one of the most important people in my life inside and outside of the ring. Roger was a great champion and one of the best trainers in boxing. Unfortunately, his health was failing him for several years and now he can finally rest in peace.

“Roger meant the world to me, my father Floyd Sr., my uncle Jeff, our whole family, everyone in and around the Mayweather Boxing Gym and the entire boxing world. It is a terrible loss for all of us.”

“On top of being a phenomenal fighter in his own career, Roger was one of the most essential parts of guiding Floyd to the incredible career he had in becoming the best ever. We hope you keep Floyd and the entire Mayweather family in your thoughts and prayers during this time.”

“We are thankful for all the love and well-wishes we have already received as word travelled about Roger’s passing,” said Mayweather.

“It helps me to see that he was able to touch so many people through his life in boxing, because he gave so much to the sport which was his first and longtime love.”

The ceremony was held in Egypt as several FIFA Legends flew in to join Africa in its celebration of another wonderful year of football.

A panel consisting of Youri Djorkaeff, Mido, Clementine Toure and Laura Georges took part in a Q&A session at Cairo University on Monday to talk about various aspects of the game and answer questions from the students.
Later in the day, they joined a host of other legends in a friendly match with the pyramids serving as a stunning backdrop.

African Interclubs Player of the Year:

African Youth Player of the Year:

Best African Goal of the Year:

African Women’s Coach of the Year:

African Men’s Coach of the Year:

Club President of the Year:

African Women’s Player of the Year:

African Player of the Year:

The former Real Madrid star, and Juventus Forward nets a hat-trick against Cagliari in the second half of the game.

The second-half was all one-way traffic with 34-year-old Ronaldo breaking the deadlock just after the interval.
He added a second from the penalty spot on 67 minutes with Argentina’s Gonzalo Higuain coming off the bench to strike a third on 81 minutes, before Ronaldo completed his hat-trick a minute later.

Juve are three points ahead of Inter in the table with Antonio Conte’s side travelling to Napoli later on Monday, looking to keep pace with the eight-time reigning champions.

Atalanta closed to within a point of fourth-placed Roma, who lost 2-0 to Torino on Sunday, with a 5-0 rout of Parma, having also beaten AC Milan by the same scoreline before the winter break.

The side from Bergamo were already three goals up before the break thanks to Alejandro Gomez, Remo Freuler and Robin Gosens, with Josip Ilicic adding a double in a nine minute second-half spell

The survey, based on information collected anonymously from 163 black players in the top four divisions of Brazilian football, shows that 48.1% of those surveyed have experienced racism in their sport.

We, the players, are doing what we can, what is within our reach, to make it stop. But this responsibility mainly falls to the federations

But 87.8% of these footballers claim not to have denounced the acts of racism of which they were victims.

With regard to the measures to be adopted to combat this scourge, 39% of those polled consider that the perpetrators of acts of racism should be punished, 27.7% recommend the implementation of educational campaigns and 19.5% would like the clubs are sanctioned.

Brazil, of which 54% of the population is black or mestizo, is far from being spared from the problems of racism in stadiums, where scandals are increasing.

On Sunday, a video showed an Atlético Mineiro supporter in Belo Horizonte attacking a black steward shouting: “don’t touch me, look at your skin color!”

Also on Sunday, Shakhtar Donetsk captain Taison was the target of racist shouts from Dynamo Kiev supporters and the referee then kicked him out for sending the ball to the stands.

The player left the lawn crying, comforted by players from his Shakhtar and Dynamo teams.

Monday, William, a black Chelsea player who played for Shakhtar (2013-2017), was moved by the situation of his compatriot during a press conference of the Brazilian selection.

“Racism continues to claim lives, not only in football, but in other areas as well. It makes us really uncomfortable to see players cry, I hope it will end once and for all, “he said.

We, the players, are doing what we can, what is within our reach, to make it stop. But this responsibility belongs above all to the federations 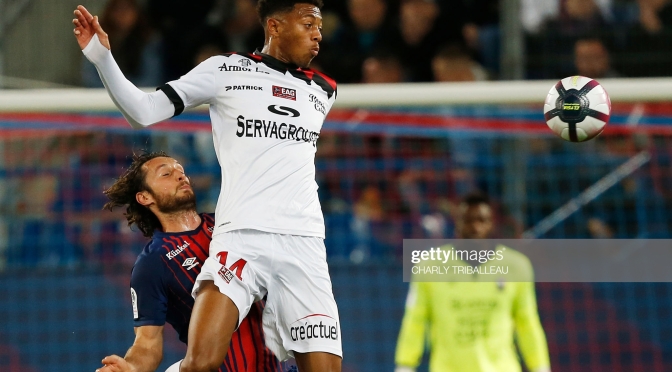 French forward player, Nathael Julan recently has been killed in a car accident at the age of 23.

His death was confirmed by his club on Friday afternoon.

Julan had been plying his trade with Ligue 2 side Guingamp, although he had a loan spell at Valenciennes last year.

Julan, who is believed to have been on his way home from training, was involved in a car accident near the town of Saint-Brieuc with firefighters called to the scene.

Guingamp confirmed the news via a statement, saying: “The club had the immense pain of learning this afternoon of the accidental death of their player Nathael Julan.

“On this tragic day, all the members of the club join together to send their condolences to Nathael’s family.”

Jerry Thompson tributes pour in after sudden death of young footballer
Julan came through the ranks at Le Havre before joining Guingamp in 2018.

He featured regularly in Ligue 1 during his debut campaign before moving to Valenciennes on loan in January.
The striker returned to his parent club following their relegation to the second tier last summer.

The official Ligue 1 account also paid tribute to the young striker, posting: “We would like to offer our sincerest condolences to the family and friends of Nathaël Julan and Guingamp.”

Guingamp were due to play in a friendly against Concarneau but the match has been cancelled following the devastating news.

Chris Barker has passed away at the age of 39 and the cause of his death is yet to be confirmed.

The former Cardiff City defender made over 500 appearances at professional level since joining Barnsley in 1999. The center-back also played QPR, Plymouth, Southend and Aldershot during a career that spanned almost 20 years.

His agency confirmed his death: “It is with great sadness that we learn of the untimely and tragic passing at the age of 39 of Chris Barker. Chris was a client throughout his outstanding playing career of over 500 League games for clubs including Barnsley, Cardiff City, Queens Park Rangers and Plymouth Argyle.

“Moreover, Chris was a wonderful person, an absolute gentleman and a pleasure to work for. ⁣
RIP Chris Barker” He won Barnsley’s young player of the year in his first full season before joining Cardiff for £500,000 in 2002, helping them gain promotion into the Championship in his debut season.

Barker had brief loans spells Stoke and Colchester before joining QPR on a free transfer in 2007 and after a year he switched to Plymouth then Southend. Barker was voted Southend’s player of the year at the end of his first season and was appointed captain ahead of the 2011-12 campaign helping them reach the League Two play-offs. He was player-manager at Aldershot, Hereford, and Weston-super-Mare before he finally hung up his boots. 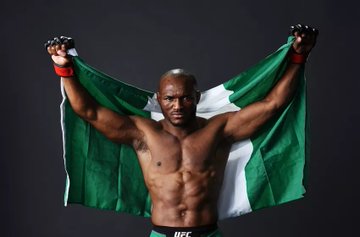 -American mixed martial artist Kamaru Usman has recorded his name in the history books of wrestling by becoming the first African champion in the Ultimate Fighting Championship.

The 31-year-old achieved this success in Las Vegas when he defeated defending champion Tyron Woodley for five rounds to become the new champion.

Usman won via a unanimous decision capturing scores of 50-44, 50-44, and 50-45 on the judges’ scorecard. Woodley had been the UFC’s 170-pound champ since July 2016 and defended the belt four times before losing to the Nigerian fighter.

Usman celebrated in the cage with his daughter before his hand was raised in victory. “Can’t nobody handle me?. “I’ve been wanting this fight, and I’ll be honest, I might not be the best striker in the world.

I might not be the best wrestler in the world. ”But when it comes to mixing this stuff up, I’m the best in the world right now,” Kamaru Usman said after being crowned champion.

Earlier, Legit.ng had reported how The Undertaker reportedly ‘called it quits’ as a professional wrestler following his exclusion from the forth coming Wrestlemania 35 event.

Undertaker will be making an appearance at the Starrcast II wrestling convention on May 25, one day before rival promotion AEW show Double Or Nothing in the same city of Las Vegas.